Wildlife on the Similans

The complex ecosystem found below the surface of the waters surrounding the Similan Islands and the Mergui Archipelago is often referred to as the rainforest of the sea. Populated by hard and soft corals, sea anemones, which exist as individual polyps living in either solitary or mostly colonial forms. The polyps of hard corals construct communal limestone structures, which build up into a multitude of various forms and sizes, and, over time, eventually become a coral reef. Soft corals have soft bodies made of large numbers of identical polyps connected by fleshy tissue. These soft corals contain small algae within their tissues which convert the sun’s energy into food, a process known as symbiosis. They are thus found at depths within the range of sunlight entering through the surface of the water. 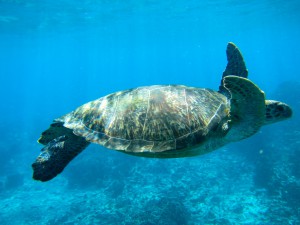 Certain factors support the health and growth of a coral reef. Water temperature, salinity, light, tides and strengths of currents, and the types of nutrients contained within the sediments found within the local environment. The Andaman Sea provides the ideal conditions in which coral reefs may grow and flourish. Classified as deep- to medium-water coral ecosystems, the reefs in the Similans grow down to a depth of approximately 30 meters, or as far as sufficient light for symbioses reaches.

The hard corals found in the Similan islands are mostly deep-water staghorn types, as well as the smaller brain-shaped varieties. These co-exist with many other species of marine life, including Gorgonian seafans, flower-like soft corals, numerous species of crabs, lobsters, shrimp, squid, sponges, sea cucumbers and giant clams.

The species and sub-species of marine life found in the waters around the Similans is so exhaustive that many books are dedicated to their identification. These books will be found on all live-aboard boats. A short selection may include: 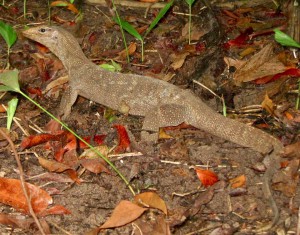 Within the forests of the uninhabited Similan Islands, many species of unique wildlife co-exist. The isolated island habitat is small, and all spots are close to the sea. As natural fresh water is extremely limited, large mammal species do not exist. However, at least 27 species of smaller mammals make their home in the Similans. 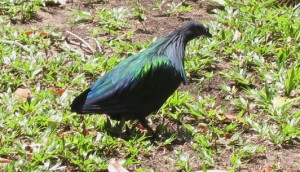 39 species of birds have been identified in the forests of the Similans. Rarer species include:

For the brave-at-heart, there also four species of rats:

Amongst the 22 species of amphibians on the islands, visitors may see:

The more unusual inhabitants of the islands include

Around the islands, huge pods of bottle-nosed dolphins may also be seen.